There’s a lot of great talent in Lusaka and a lot of times, most of it gets unnoticed. Well, not this guy.

Andy Mez, birth names Jumbe Andrew Chinyonga, is a rapper from Makeni Lusaka. He grew up in two worlds, that of his Fathers’ Jazz, Folk and Reggae influence and his peers’ more contemporary tastes like Lupe Fiasco, Lil Wayne and Eminem.

Andy has been quietly involved with music production for over 10 years, writing, producing and engineering until 2020 when he was pushed back to recording and releasing music by a friend. As an artist, Andy Mez uses music to offer life lessons over a variety of subjects. Some deep, some shallow.

Tomorrow Friday the 18th of September Andy is set to release his official debut single titled “Everything” a song which he produced and engineered himself. The song will be available on all digital distribution platforms like Deezer, Apple Music, Spotify and Mvesesani. 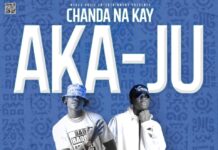 IS HH A DICTATOR OR HE SIMPLY DOES NOT HAVE WHAT IT TAKES TO RULE ZAMBIA?