Sensational music award winning artist Roberto Banda has felt the wrath of anger from his followers on social media after he announced that he bought shoes for his long time friend Damiano who is a gospel artist.

In a post seen by ZED GOSSIP, Roberto disclosed that he was approached by Damiano who confided in him that things were tough following a short illness which made him lose track of sources to make money. According bro Roberto, the friend requested if he had some old shoes to spare which he can be putting on but instead the award winning artist opted to buy him new shoes which have caused an uproar on social media.

Followers became angry when Roberto took a picture of him and Damiano clad in new sneakers which many say shouldn’t have been posted on social media.

But in his post Roberto indicated that he just wanted to appriciate the lengthy relationship he has with his friend.

‘I have been friends with Damiano since I was in Grade 8. A few years ago he fell ill and could not continue working as Supervisor.
The past 2 weeks we have been communicating and he eventually traveled to Lusaka. I invited him over to come visit me and spend a day with me. While we spent the day, shared with me how hard it has been to get back in formal employment, and asked if I could share some of my old shoes with me.

I care for him so much, and opted to drive to buy him some shoes. (Took this photo immediately) Now I know material things only last a short while, and since he has been a supervisor before. Hired him as a supervisor at one of my business outlets.

Let’s not forget Friends in time of need. I share this story with you in Hope’s that it can also inspire someone somewhere’ ROBERTO wrote. 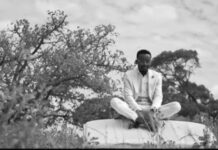