Controversial self-made Zimbabwean socialite and multimillionaire Genius ‘Ginimbi‘ Kadungure is going to be buried with stacks of cash at an all-white funeral according to sources.

A close friend and self-proclaimed “blesser” Serge Cabonge indicated that Ginimbi will be given a Billionaire’s send-off.

Cabonge shared some information on the funeral of his friend Ginimbi, who died earlier this month in a horror car crash.

According to Cabonge, Ginimbi will be buried with a stack of cash at an all-white funeral.

Genius Kadungure aka Ginimbi
The 36-year-old Zimbabwean socialite was one of the most celebrated entrepreneurs not only in Zimbabwe but across Africa.

Cabonge described Ginimbi as a generous partier who spared no cost at keeping his title as the life of the party often splashing hundreds and thousands of rands on South African party animals.

He died with three other perished in a freak car accident. The accident happened towards Domboshava, a peri-urban settlement where Ginimbi built his mansion. Genius’ Rolls and Royce was involved in a head-on collision with a Honda Fit, bursting into flames, killing Ginimbi and three others. The Honda Fit driver survived and was shocked by the accident.

Ginimbi buried in his rural village Domboshava at his mansion on a date to be announced after his all-white party send-off. 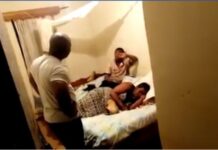 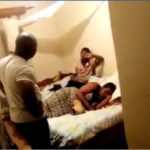 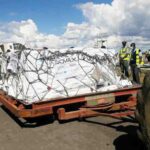